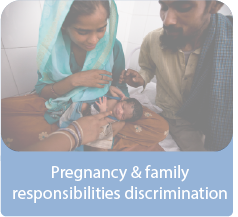 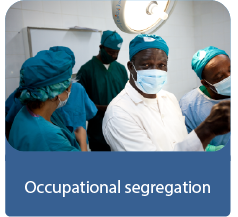 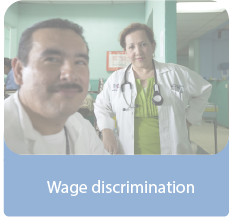 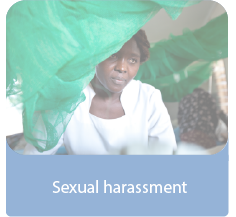 Use human resources information systems (HRIS), to analyze sex-disaggregated data about the composition and structure of your health workforce. Determine whether vertical or horizontal segregation may be present.

Some jobs or responsibilities are viewed as “women’s work” or “men’s work.” These beliefs may limit health workers’ occupational choices, contributing to creating cadres that consist primarily of one sex. Here is an example of horizontal occupational segregation across health workforce cadres.

What could be the reasons for these differences?

Distribution of health workers in the government sector in Uganda, 2012 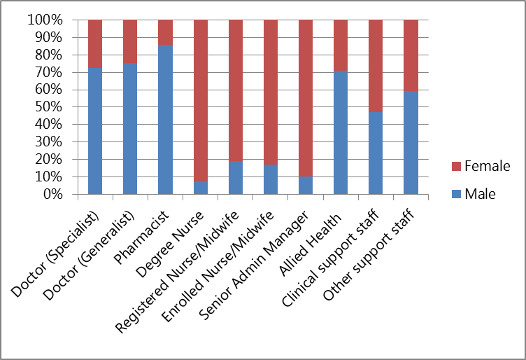 When we review the sex-disaggregated distribution of the Ugandan public health sector, differences can be observed from one health worker cadre to another. Some cadres that may be considered “masculine,” such as doctors and pharmacists, have more men than women. The nursing cadres which may be considered more “feminine” due to their caregiving role, are more heavily represented by women. These differences indicate occupational segregation.

Perceptions about the type of work that a woman or man should be doing that are not based on qualifications or abilities can delay career development and advancement. 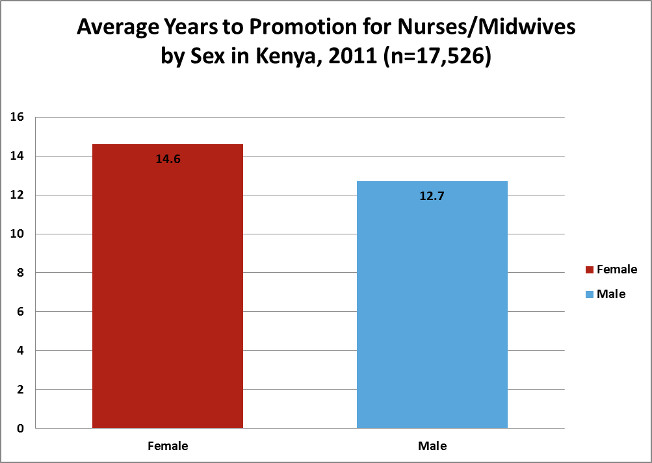 Negative stereotypes of women as managers, regardless of their individual qualifications or experience, can lead to vertical occupational segregation. In the example of sex-disaggregated data from the Ugandan public health sector, the vast majority of top-level senior managers are men (U1), while women are the majority in entry- and lower-level positions (U4-U8). This indicates vertical occupational segregation. 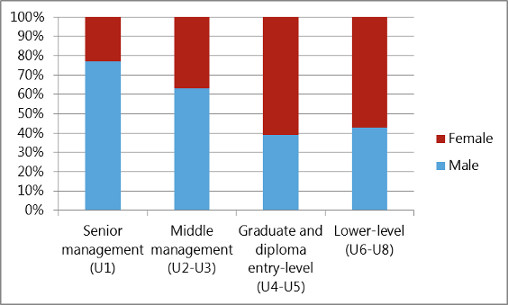